‘With Monitor’ Segment is Anticipated to Grow at Largest CAGR from 2018 to 2025.

The developments in the ecosystem through organic and inorganic growth strategies such as product launches and developments, partnerships, collaborations, agreements, and mergers and acquisitions are expected to boost the growth of the zero client market. The zero client market ‘with monitor’ is expected to increase at a CAGR of 5.24% during the forecast period, which is the highest of all three types. The increase in the adoption of ‘with monitor’ zero clients in the education and healthcare industries contributes to the fastest projected growth of this segment during the forecast period. LG & ViewSonic are major players involved in the manufacture of ‘with monitor’ zero client. 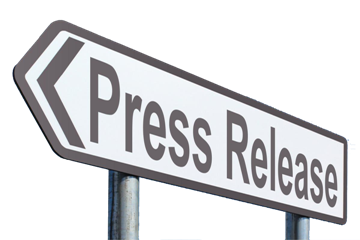 Europe dominated the zero client ‘with monitor’ segment in 2017, and accounted for a 43% share, in terms of market value. This is due to the growth in adoption of zero client from industries such as education and banking to reduce the physical operating space; thereby making work easy and efficient. However, Asia-Pacific is expected to witness maximum CAGR of 5.57% over the forecast period, due to the growth of health care and the financial sector.

Education Sector is Projected to Gain Maximum Traction, The market for the education sector is expected to grow at the highest CAGR of 5.91% from 2018 to 2025.

The education segment includes all the public and private schools, colleges, and coaching institutes. Education sector requires low-cost computer systems in large numbers. As zero client is a low-cost system and does not require huge physical space, due to this large number of schools and colleges across regions have installed it. Hence, its demand is expected to further increase in this sector, thereby driving the overall growth. Asia-Pacific is anticipated to witness the highest CAGR of 6.21%, during the study period. This is attributed to the increase in the number of public and private educational institutes in the Asia-Pacific region, especially in India and China.

Asia-Pacific Zero Client market is estimated to witness a CAGR of 6.25% by 2025.

The zero client is the fastest-growing market in the Asia-Pacific region, due to the increase in the economic growth. According to a paper published by World Economics in February 2016, the countries in the region account for over a third of the world’s GDP. The World Factbook of the CIA, USA IMF World Economic Outlook, estimated that the three economic giants of the Asia-Pacific region, China, Japan, and India were projected to be the world’s second- and third-largest economies in 2016, respectively. Zero client has large applications in small and medium-size business. In Asia Pacific region, especially in countries such as India and China, small and medium-size businesses are on the verge of growth, which is also one of the drivers for the growth of the zero client market.

Converged Markets is a premier provider of market intelligence and advisory services that delineates a focused vision to provide indispensable insights and strategic decision support to business leaders worldwide. Our team of knowledgeable and industry-experienced Business Consultants follows a distinct research approach and rigorous methodologies to analyze market dynamics that directly or indirectly impact mainstream businesses. 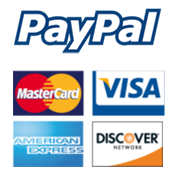